Circle K International (CKI) is the largest collegiate community service, leadership development and friendship organization in the world. With more than 11,000 members in 17 nations, CKI is making a positive impact on the world every day.

Circle K clubs are organized and sponsored by a Kiwanis club on a college or university campus. CKI is a self-governing organization and elects its own officers, conducts its own meetings and determines its own service activities.

CKI blends community service and leadership training with the opportunity to meet other college students around the world. Projects such as the Six Cents Initiative, CKI’s International fundraiser that aims to provide water to the 2.2 billion children worldwide who lack safe drinking water, bring CKI members together to make a difference in the world.

Kiwanis Club of Arlington meets the 1st and 3rd Wednesday of each month at 12:00 p.m. at First United Methodist Church, 313 N. Center Street in Arlington, TX.

If you would like to help us in furthering our work, please donate today! 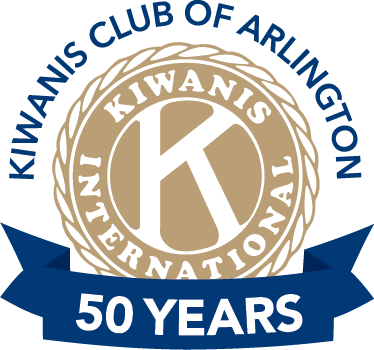 Our brochure puts all our information in one place, making it easier for you to share Kiwanis with those around you.